Fair in the Square, Highgate London, 2012 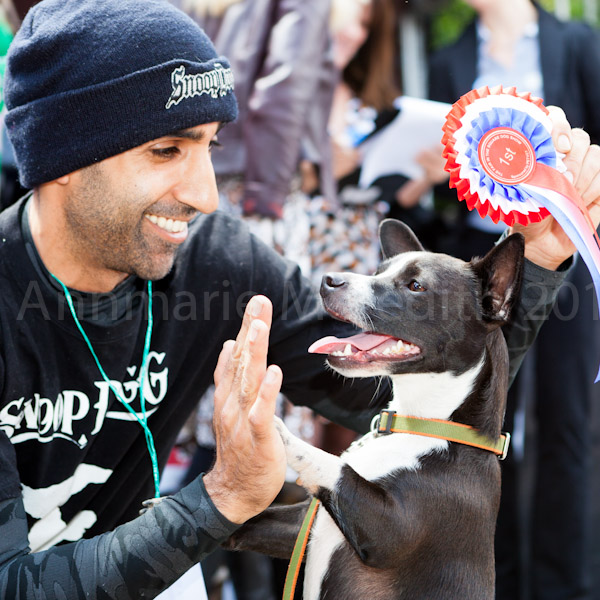 Snoop the Dog, winner of the Best Trick category
I was very pleased, once again, to attend Highgate's annual Fair in the Square, and to take photographs on behalf of the Highgate Fair Committee.

Despite June being set to be one of the wettest months in the last 100 years, the weather co-operated and we were blessed with sunshine. It was the best attended yet, with over 7,000 people turning up. 130 stalls snaked from Pond Square to St Michael's church and more than 200 local performers entertained the crowds over the course of the day. Children were spoilt for choice with the climbing wall, bungee fly, arts tent, fire engine hose spraying and fairground rides. The ever popular Dog Show was inundated with entries. The judges included Lynne Featherstone MP, the Barking Blondes and chief judge, Russell Hatton of PetVet. The principal sponsors of the event were The Ham & High, Benham & Reeves, Cass Art, PetVet, Highgate Society, Goldschmidt and Howland and Day Morris.
Art Picnic 4 Kids - Green Peas Events
Crouch End Festival - Pieces of N8 Art Exhibition
Next
Previous