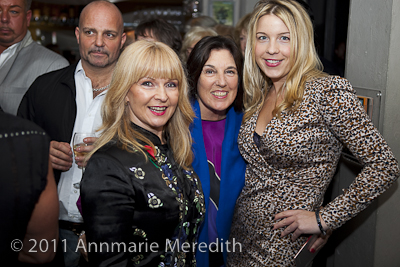 Toyah Willcox, Robin Craig and Ellen Collier
The feel good comedy 'Power of Three' had a successful premiere at the Hampstead Everyman Cinema on Thursday 10 November 2011. Members of the cast and crew, together with Ann Cameron, author and Thereza Snyman, producer, attended. The film has special screenings this week in Manchester, Newcastle, Norwich and Bath, and will be released on DVD in January 2012.

For more details go to the Power of Three website and check out their Power of Three Facebook page.
Happy New Year
Hertfordshire Wine School
Next
Previous